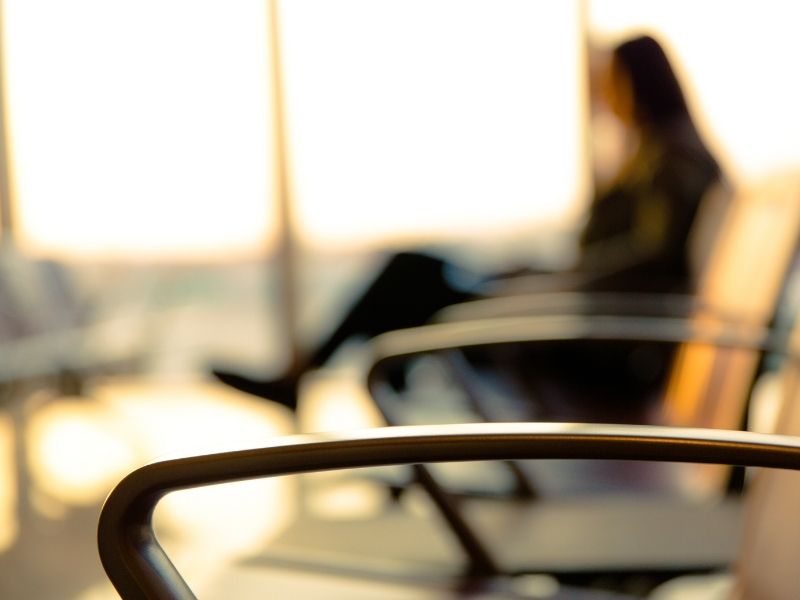 Tourism’s hoped-for return to 2019 business volumes this year has been “pushed back” several months by Omicron with Internet searches for The Bahamas now “half” of pre-COVID levels.

Fred Lounsberry, the Nassau/Paradise Island Promotion Board’s president, told yesterday’s Bahamas Business Outlook conference that the industry was working feverishly to regain pre-Christmas “momentum” that had been disrupted by the new COVID variant and market confusion over the Government’s constantly changing entry/testing protocols.

Revealing that he had been told visitor cancellations “have gone down”, and bookings are improving, he nevertheless voiced optimism that the tourism industry would finish “close” to 2019 numbers for the 2022 full-year despite having to endure “a rough couple of months” due to the ongoing pandemic.

Others were more optimistic. Robert Sands, the Bahamas Hotel and Tourism Association’s (BHTA) president, that he was “bullish on 2022” and predicted that it was “going to be a banner year for The Bahamas”.

And Kerry Fountain, the Bahama Out Islands Promotion Board’s executive director, told conference attendees he was forecasting that member properties will collectively generate room nights sold equivalent to 96 percent of what they achieved in 2019. As for total room revenues, he is predicting they will be 86 percent of what was achieved in that last pre-COVID year.

“Short-term, obviously we’re getting through this rough patch of water we’re dealing with right now with Omicron, its impact on travel and communicating the benefits of the destination to customers to build demand,” Mr Lounsberry said. “We are seeing short term impact as we go through the next few weeks. Short-term we have to build back demand, which impacts airlift short-term and long-term……

“We continue to build the story and narrative for groups. Groups are a critical piece of the tourism pie that have suffered greatly. They continue to show support for the destination, but obviously what is going on now is going to push that back.”

Pre-COVID, groups, meeting and conventions accounted for around 30-40 percent of all business for major Bahamian resorts with conference centres, representing a solid and predictable booking block around which other guests are fitted. However, this market segment is arguably the one COVID has impacted most of all given the need to social distance and meet other health protocols.

However, Mr Lounsberry said Omicron’s impact has not just been confined to The Bahamas’ group business. “We’ve all talked about 2019 [numbers] being back in 2022 and, quite frankly, that’s been pushed back,” he added. “We had good momentum going into the end of the year, which saw everybody quite optimistic, and then came Omicron and testing challenges with that.”

Referring to traveller confusion over the revised COVID testing and entry protocols that The Bahamas released before Christmas, and which the Government subsequently altered by abandoning RT-PCR tests for vaccinated travellers, the Nassau/Paradise Island Promotion Board chief said it was critical not to put “unnecessary” obstacles and impediments in the way of visitors.

Mr Lounsberry said “literally the phone starts ringing” the moment any such entry/testing protocol changes are announced, and the Bahamian tourism industry needs sufficient time to alert its airline and travel partners so they can communicate the adjustments to their customers.

“The role of government is to protect its citizens and the destination, but also to facilitate travel,” he added. “We have a big job ahead of us in 2022. We’re on a good track now. We had a setback with the Omicron situation, but from everything I’m hearing cancellations have gone down and bookings have improved. Hopefully we can get that momentum going again…

“A statistic I got this morning is that it’s still impacting demand to travel. Search demand is half of what it was in 2019. It’s improving a little as we go forward. We’re still not out of the woods. There’s no way to candy coat this. We’ve a long way to go. We’re doing everything we can, but the impact through 2022 is going to be a challenge.

“We’re going to get through it. The hotels and everybody are very enthusiastic. Nobody is thinking about throwing in the towel or anything crazy like that.” Voicing hope that there would not be any further COVID variants “to put cold water on everything we’re doing”, Mr Lounsberry said the industry was getting “a bit fatigued” and wanted to put the pandemic behind it.

“I think we’re turning the corner,” he added. “The numbers are recovering slowly, but we recognise that if we get group momentum back by Spring it will make 2022 a very good year….. The market is out there. They want to come to The Bahamas. The folks in the US, the UK love The Bahamas and they can’t wait to come back.

“I think we’re going to have a bit of a rough couple of months, and then come back. I think we will get close to 2019, but had a setback for the first couple of months. The pent-up demand is still out there. It’s been on again, off again, and if we do our part we will have a good 2022.”

Meanwhile, Mr Sands said he was more confident on The Bahamas’ tourism prospects for 2022. “I think 2022 is going to be a banner year for The Bahamas,” he added. “I’m very optimistic. Our tourism industry is very resilient and there’s significant pent-up demand.

Mr Fountain, too, said the forecast was for continued recovery among the Out Island Promotion Board’s member hotels, with those on islands such as Exuma and Eleuthera set to fare best and see the greatest growth. Not all properties, he added, would see growth in 2022 with some only maintaining their post-COVID recovery.

Ian Rolle, the Grand Bahama Port Authority’s (GBPA) president, who also heads the island’s Tourism Board, described 2022 as “a very promising and hopeful year” despite the multiple Dorian and storm-related setbacks the island has suffered.

He said the Carnival cruise port was set to “break ground” this year after issues with the protracted permitting process were overcome, while Royal Caribbean’s deal with Freeport Harbour for the cruise port expansion was expected to make similar progress.

Bahamas Paradise Cruise Line’s first Margaritaville-branded cruise ship was set to make its maiden voyage to Grand Bahama on April 20 this year, Mr Rolle said, adding that the Tourism Board was hoping the Jimmy Buffett-inspired label would get involved with other activities on Grand Bahama.

The GBPA chief said the Western Atlantic University School of Medicine was now talking to the GBPA about a second $20m expansion, having completed the $30m first phase, while the Grand Bahama Power Company was having meetings with two independent power producers (IPP) interested in supplying it with renewable energy.