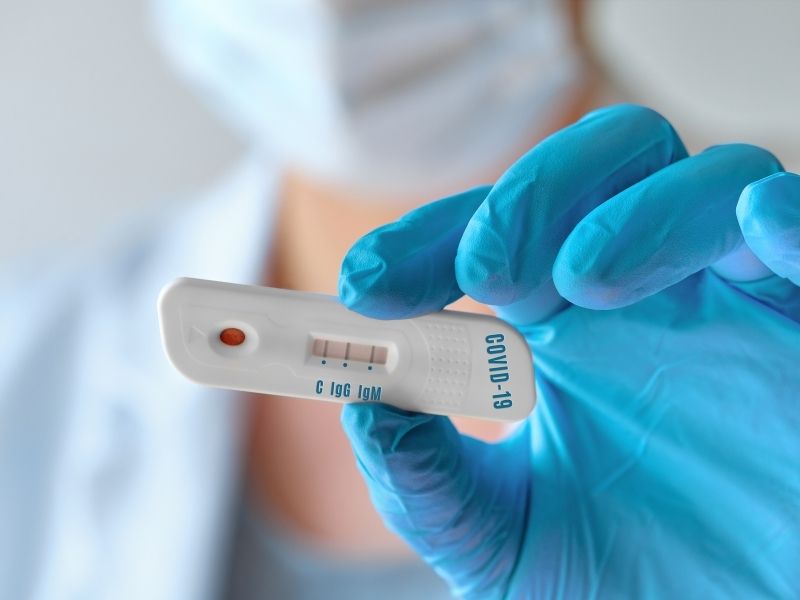 Bahamian tourism was yesterday said to have secured “a huge win” after millions of dollars in visitor bookings were rescued by the Government suspending tougher COVID testing measures.

Robert Sands, the Bahamas Hotel and Tourism Association’s (BHTA) president, told Tribune Business the Davis administration had “addressed a significant amount of industry concerns” by halting plans that would have required vaccinated visitors to obtain a negative RT-PCR test result during the three days before travelling to this nation.

He added that the Government’s action “removes any impediment to booking demand” for the upcoming peak winter season, while also “going a long way” to maintain the pent-up demand for Bahamian vacations that had existed prior to the Christmas/New Year holiday.

Besides “saving and protecting” guest bookings already made, Mr Sands said the move also “eliminates any roadblocks for potential bookings” that may be made in the coming weeks and months by easing the health-related protocols that must be complied with for entry to The Bahamas.

The Bahamian and tourism resort industry had become increasingly fearful that the peak winter tourism season, which typically runs from February to April, would be curtailed and undermined by the Government’s original plan to mandate that all visitors – regardless of vaccination status – must produce a negative PCR test taken within three days of travel from tomorrow onwards.

The travel protocol tightening was designed to help combat the explosion in local COVID-19 cases produced by the Omicron variant. However, that strain has also moved rapidly, and virtually unchecked, through The Bahamas’ key tourism source markets in the US, with COVID testing centres in Florida and elsewhere almost overrun.

As a result, Bahamian hotel and tourism operators were becoming increasingly concerned that many potential visitors and existing bookings would be unable to obtain PCR tests, the corresponding results, and upload them for Health Travel Visa approval within the required three-day timeframe. And the extra cost associated with PCR tests was seen as a further travel obstacle.

Mr Sands yesterday said the Government had eased COVID travel impediments for up to 85-90 percent of The Bahamas’ market by eliminating the need for vaccinated visitors to obtain PCR tests. The vast majority of visitors coming to this nation are already inoculated, meaning that only a small proportion will still have to obtain RT-PCR tests within the three-day window.

“The substantive adjustment is from PCR tests to rapid antigen tests for vaccinated individuals, and that’s a huge win for the industry,” the BHTA president told Tribune Business. “I think the industry is very pleased with the outcome. I think it addresses a significant amount of the industry’s concerns.

“What it does is that it allows for the pent-up momentum to continue, and it removes any impediment to booking demand notwithstanding other issues that may occur in the marketplace – bad weather, flight cancellations, which can be a positive outcome for a warm weather destination.

“We think this goes a long way. It not only saves and protects; it eliminates any roadblocks for potential bookings going forward… It also takes away this whole concern of potential travellers not being able to get the test, and the cost of having to get it. That remains an issue.”

Mr Sands said the Government’s COVID travel protocol change will positively impact the vast majority of tourists given that 85-90 percent of guests at larger hotels are fully vaccinated. Only the unvaccinated minority will still have to obtain a negative RT-PCR test within three days.

Dr Michael Darville, minister of health and wellness, yesterday said he is proposing that the RT-PCR test suspension for vaccinated travellers may only last until January’s end. He based this on the anticipation that US demand for COVID tests will ease as Omicron’s spread reduces, while acknowledging that current demand is outstripping available kit supply.

The minister said the present situation meant Bahamians, as well as tourists, were struggling to get COVID tests in the required timeframe to travel to this nation, and conceded that millions of dollars in tourism bookings were potentially endangered prior to the suspension.

However, while the testing type has been eased for vaccinated visitors, the window in which to obtain a negative test remains narrowed at three days as opposed to the current five as the Government bids to balance lives with livelihoods and the tourism-driven economy in combating Omicron.

Omicron, which current data suggests is more contagious but less deadly than previous COVID variants such as Delta, has produced an explosion of infections with 1,850 new cases recorded in The Bahamas between Thursday, December 30, and Monday, January 3 for a daily average of 370. A further 375 were recorded on Tuesday, bringing the six-day total to 2,225 new cases. Hospitalisations have also risen, albeit more slowly, to 71 with four of these patients in intensive care as of January 5.

All visitors staying in The Bahamas longer than 48 hours must, with effect from yesterday, now take a rapid antigen test regardless of vaccination status. Mr Sands yesterday said the tourism industry can live with the narrowed testing window given that the potential for COVID-infected persons to avoid detection is “much greater” in a five-day period.

“By reducing this window from five days to three, the science tells us – and we accept what the Ministry of Health told us – that it would catch 50 percent more infectious cases,” he added. “That’s a significant catch, and very difficult to argue against given where we are.”

Asked whether the industry believes The Bahamas can handle COVID testing for all tourists staying longer than 48 hours, the BHTA president said: “I think that a regime is in place. If I had to be honest we would have preferred it was three days, but we’re not going to debate that particular issue.

“I think you never get everything you want, but certainly the middle road is an acceptable agreement.” Mr Sands said hotels had already placed the revised COVID travel protocols on their websites, and were including it in booking confirmations, to ensure the message was received and understood by the tourism marketplace.

Asked whether The Bahamas needed to do better when it came to travel uncertainty caused by the frequent changes in entry protocols, he replied: “In a perfect world, it would be good to have a situation where we not have to change them.

“But, certainly recognising the dilemma governments find themselves in from time to time, adjustments may be required but we should pick the timeframe in which to do them.

Unfortunately, and this is water under the bridge now, this was a busy time for us to do it, but the Government in its wisdom made a huge adjustment.”Kerry Fountain, the Bahamas Out Island Promotion Board’s executive director, yesterday praised the COVID travel restriction alterations for “getting rid of the angst” for many visitors when it came to meeting deadlines and obtaining an approved Health Travel Visa.

“It is kudos to the Government for seeing that there was a need to change the protocols based on what is happening in our number one tourism source market for The Bahamas, the US,” he told Tribune Business. “We’ve seen on TV the long lines to get testing and, in some cases, when people have had appointments they’ve run out of tests.

“I say that to share that testing in the US, it’s a challenge. Now that we’re requiring vaccinated guests and visitors to have a rapid antigen test as opposed to a PCR test within three days of travel, we’re very psyched about that. As of now, kudos to the Government for making that adjustment.

“It definitely makes it easier; it just gets rid of the angst. And not only easier but more affordable. There’s a big difference for a family of four between a $30-$50 rapid antigen test – and in some cases you get it for free – versus an RT-PCR test.”

Mr Fountain said that while COVID testing tends could be found “every ten blocks”, the problem was receiving the results within the three days required by The Bahamas. And clinics, where such results were typically available in 24 hours, are charging between $150 to $200 per RT-PCR test – which could add between $600 and $800 to the cost of a vacation for a family of four.