This year, Bahamian Mixologist, Marv Cunningham aka “Mr. Mix” has realized yet another unprecedented feat, as he has been awarded the title of Top Judge and he has been asked to participate as Master of Ceremonies for the prestigious mixology competition at the Taste of the Caribbean. This will be the first time a Bahamian mixologist has reached this level of acclaim with the Taste competition.

Indeed we have much to be proud of, as competing in the Taste of the Caribbean has cultivated, enhanced and showcased the natural talent of countless young, burgeoning and accomplished Bahamian chefs and Mixologists.

Our participation in high caliber competitions is integral to our ability to nurture and produce world class Culinarians and Mixologists, capable of creating incredible, indigenous Bahamian food and drink; both key  components of our tourism product.

This year we have a brand new slate of eager competitors who have been training arduously, using every ounce of natural talent, energy, dedication and passion to create a vast array of quintessentially Bahamian culinary delights. The courses served at the Gala Demonstration Dinner are indicative of the dishes that will be featured at the upcoming competition.

Please support this important effort to continue to promote and propel Bahamian Culinary prowess now and for future generations to come. 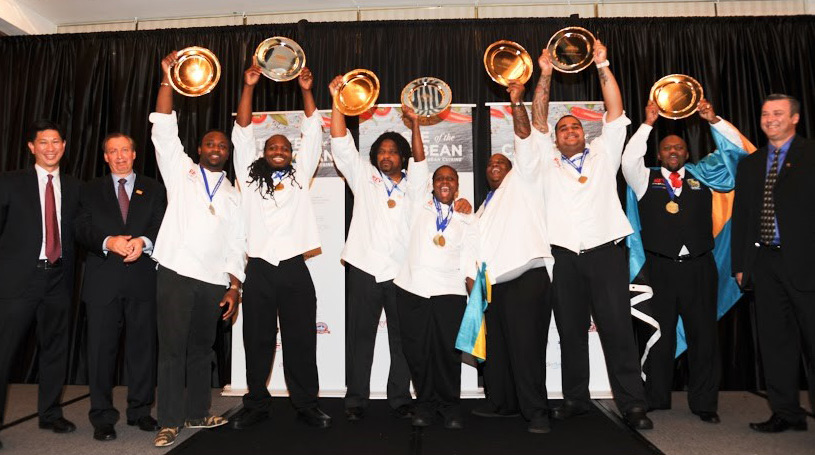